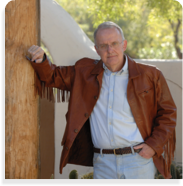 For young people today, the idea of America as a land of opportunity increasingly rings hollow. They are coming of age in the toughest economic times our country has seen since the Great Depression, with no swift recovery in sight.

For students from the wealthiest families—those we’ve recently come to think of as “the 1%”—the path to adulthood will be smoothed by prep schools, SAT coaches, unpaid internships, and family connections. But for the 99%, especially those in poor families and America’s shrinking middle class, prospects are dimmed by a climate of stubbornly high unemployment, struggling businesses, and declining real household incomes.

One effect can be seen in the numbers of young people who drop out of school, whether because they need to help support their families, or because they don’t know where they’re headed, or because they think the deck is stacked against them whether they graduate or not. While some studies suggest that the U.S. high school graduation rate may be improving slightly after years of decline, it’s still estimated that 25% of students nationwide fail to graduate. Among minority populations and in poor school districts, high school dropout rates of 30%, 40%, or even 50% are not uncommon.

Some say these problems are structural, and that it will take massive, top-down programs to address them. But, regardless of whether or not you believe government is the answer, it’s clear that no major policy initiative proposed today could possibly come on line soon enough to improve conditions for this generation of young people.

This does not mean there is no hope of upward mobility for young people who have grown up poor, or no chance of life and career success for those who come from typical American homes. What it does mean is that it’s up to each individual to make the most of his or her God-given potential.

That has always been true, but in this economic climate, understanding that reality is more critical than ever. In a recent New York Times op-ed column, author Thomas Friedman succinctly explains why:

“In the past, workers with average skills, doing an average job, could earn an average lifestyle. But, today, average is officially over. Being average just won’t earn you what it used to. It can’t when so many more employers have so much more access to so much more above average cheap foreign labor, cheap robotics, cheap software, cheap automation and cheap genius. Therefore, everyone needs to find their extra — their unique value contribution that makes them stand out in whatever is their field of employment. Average is over.”

As Friedman suggests, these days the advantage lies with those who will do what it takes to rise above the crowd and be the very best at what they do. In other words, in a very real sense, we are all entrepreneurs now. The Try makes that case in a positive way, empowering young people to find the ingredients of success within. Based on our experiences to date, we have no doubt that success can indeed be taught.
Posted by Cowboy Ethics at 9:31 AM No comments: